Neither Can Get Any Respect…

In January 2013 Sen. Ted Cruz tried to stop the appointment of Chuck Hagel in becoming the 24th and current US Secretary of Defense, denying the number of votes necessary to go to a final vote and requiring further review before cloture. It was the Republicans who filibustered and did their best to stop a mistake that is now showing itself to be plainly evident.

Actually I’d say that list included anyone who was paying attention at the time, because how could anyone with a functioning and thoughtful brain ever think Hagel would do a good job as our Secretary of Defense?

When Hagel was nominated we knew his positions on everything. It was a ploy on the part of President Obama and his administration to nominate Hagel, a Republican, to be able to throw it back at those of us later who opposed him, saying he was “one of our own,”  but the facts were plainly obvious. Hagel sided with Hamas, he wanted to reinstitute an American Embassy in Iran and he didn’t support US sanctions against Iran. These little tip-offs were all things that sent a very bad message to the Middle East and made the US look very weak in their eyes. In truth, there were a lot of us who actually thought (and still do believe)  Chuck Hagel is an outright enemy to Israel, if not the United States.

He refused to recognize Hezbollah as a terrorist organization, he opposed Bush’s surge in Iraq that turned the war around there saying, “the surge would be the most dangerous foreign policy blunder in this country since Viet Nam…”

He opposed Obama’s surge of additional troops in Afghanistan, he was one of only 2 senators who voted against renewing Iran-Libya sanctions, and he recommended that Obama open direct negotiations with Hamas saying he wasn’t “intimidated by “the Jewish lobby.” He went on Al-Jazeera TV and referred to Israel as a “…cancerous tumor” and agreed that the US was “…the world’s bully…”

And  again in this video at approximately 7:35 in through to the end:

Many of us knew exactly who Hagel was before he was nominated to be Sec’y of Defense, but if his past record wasn’t enough to convince his supporters, everyone else should’ve figured it out as well when he was so completely unprepared and inept in his hearings. Despite the fact he must have prepared for days if not weeks beforehand, he was a bumbling idiot who at times “couldn’t remember” a thing.

Hagel seemed to know nothing about the President’s policies. He couldn’t even defend his OWN positions from speeches he previously gave, implying those speeches were probably all written for him and he didn’t comprehend — or even worse, he didn’t care what he’d said, and the few times when he attempted to actually defend his previous comments he couldn’t articulate the substance behind ideas he’d been credited with without stumbling over his words or outright confusing the issue that was being discussed.

Again, he appeared to have NO CLUE. So I ask, “Who is surprised here…?”

I always thought Chuck Hagel would be a bad, if not dangerous choice as the United States Secretary of Defense. Now leaders of the World seem to agree with that assessment and are refusing his calls… it doesn’t look good, is all I’m sayin’. 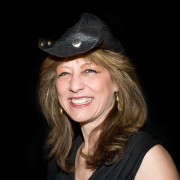 Making Dismemberment of a Living Child a Felony