The First Amendment to the US Constitution. Do you know how to improve it?

Do not presume to know. There is good reason to leave it alone and stand by its original construction.

We all know the roots of our Constitution’s First Amendment lie in England’s intolerance of any worship other than the Church of England, and the early settlers’ struggle to get beyond the reach of it.

But there is a greater story: that of Germany in the 1600s, and the “Thirty Years War” that devastated what is now Germany.  That wasn’t that long ago, in the view of the Founders. The Federalist essays 19 and 22 briefly mention this. Looking more closely, I found a treasure trove that explains why our First Amendment is worded EXACTLY as it is.

Alsace and Lorraine are regions of France or Germany, depending on what century. They lie on the Rhine River, an area of great beauty. Strasbourg, Metz and Nancy are their important cities. “Making across Alsace, the troops set fire to one town and thirty villages… In Strasbourg, where ten thousand fugitives had fled for shelter with all their cattle, famine was feared both for man and beast…  The country was, by this time so far wasted, the villages so deserted, that Mansfeld could not feed his army and must march into Lorraine….   I think these men are possessed of the devil, and take pleasure in setting fire to everything.” Only 26 more years to go before war’s end. Apologies to Lorraine, the region next, down the Rhine.

Mr. Peabody, We’re about to get into the Wayback Machine and go all the way back to when Germany was just a confederation of small principalities: With Princes; And some free cities. There were 21 million people, and each belonged to one of 2,000 local governments.

Setting the stage for this war: Religion

1)    France was Catholic. It was ruled by the house of Bourbon. But they weren’t Catholic enough. They were nervous about Spain, who held Netherlands (at the mouth of the Rhine) and parts of Italy (a march northward would find the headwaters of the Rhine). With the Rhine River on the East, the Atlantic on the West, Spain on the South, and Netherlands on the North: Spain encircled them 360 degrees and could put money and troops anywhere in France directly.

2)    Spain and Austria, and part of The Netherlands, where the Hapsburgs sat on the thrones, were really, really Catholic. Jesuit Catholic.

3)    Northern Germany, and all of Scandinavia (Sweden, Denmark, Norway) were Lutheran. The governments rushed to embrace Lutheranism because by doing so they could repudiate the Roman Catholic Church which competed with them for governmental powers.

4)    Calvinism: for those who thought Lutheran wasn’t Protestant (or Radical) enough. Calvinism was growing, but at this time not officially recognized, even prohibited.

A Congress of these Princes was called The Diet. It was a Parliament. Laws would be approved by the Diet. The Emperor couldn’t rule by himself. They had a Court system, with an upper court (run by the Emperor) and lower court. Some Princes held that they were not bound by laws they hadn’t voted for. This made the system break down.

A committee of important electors would meet annually to review the decisions of the lower court, and vote to make them law. When a Protestant committee President was elected, the Catholic members refused him. From that date on, there was no more case law in the HRE.

Charles V was a Catholic Emperor of HRE. In 1521 he declared Martin Luther an outlaw, and banned him.  But, in 1530 he made an honest effort at bringing peace to his nation. He called a Diet and invited representatives from the Catholic Princes and Bishops, along with the Lutheran Princes. The Lutherans were there to explain their religion, and seek official permission from the Emperor.

They did so, on the following Articles of Faith and Doctrine Concerning:

13) Use of the Sacraments

17) Return of Christ to Judgment

22) Both kinds of the Sacrament

What came out of this Diet is to this day the foundational document of the Lutheran Church.

Taking no chances, the Protestant Princes attending in 1530 formed the Schmalkaldic League: a military alliance, in case the Emperor turned against their Lutheran faith.

Another Diet was called and agreement was reached, giving official status to the religion of each Prince, within his own land, whether Catholic or Lutheran. Calvinists were excluded.

If you lived in an area where your ruling Prince was one religion and you were the other, you had worship his religion. You were given time to sell all you owned, catch up your taxes, buy your freedom from your Prince, and if you had anything left, emigrate. This was freedom of religion for the Princes: not for the citizens.

1618–Thirty Years War begins in Prague, The Czech Republic (which was part of the HRE at that time).

Skip forward to December 15, 1791 and the adoption of the First Amendment to the United States Constitution, which reads in part:

“Congress shall make no law respecting an establishment of religion, or prohibiting the free exercise thereof”

The Thirty Years War seems to have been the most compelling reason for the exact wording of our First Amendment.  Now I will say in conclusion: Every word is where it needs to be.  Americans have forgotten how important the ‘free exercise’ clause is. 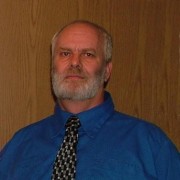 Rodney Nelson is a Certified Public Accountant licensed in two states, with a Master of Science in Taxation. He has always taken a keen interest in the nation's founding, and delves deeply into the history of government, economics, politics and war. His central interest is the prosperity enjoyed by a free society. Rodney took time out from his practice in the 1980s to help the freedom effort in Nicaragua. In 1992 he was appointed to the California Republican Party's State Central Committee, passing important resolutions at their convention. These were successful in giving the Republican Senators a citizen's bandwagon to jump onto, in blocking legislation, regardless of the Republican established leadership. Mr. Nelson has his eye on just this sort of effort on a national level to re-establish the Constitution as it was originally written and meant. This is one small piece of that effort

What a Concept: Rep. Jim Bridenstine (R-OK) "works for his constituents"!