We have to face facts:  the progressives were ‘smarter’ than the rest of us. What’s wrong now did not begin with Barack Obama; his administration is the fruition of 100 years of the progressive plan. That is why they started with the first U.S. president to effectively cultivate a cult of personality—Woodrow Wilson—who was mentored and befriended by the archetype progressive, Thomas Dewey.

“Wilson’s empire has no borders because he does not govern territories. Rather he interprets the needs, the hopes, the faith of the human spirit, which has no spatial or temporal limits.” Benito Mussolini, 1919

All along it has been a two-fronted war waged by the same ideology that gave rise to Adolph Hitler with populism and government-controlled indoctrination, the way that Europeans have done it since the mid-eighteenth century.  First, create an enemy within to exploit classism.  Then,  ‘get the children’ by way of constantly centralized and homogenized government school. Next, discredit and eliminate the dominant culture’s mores so that they can be replaced with elitist’s value-free mindset.  Finally, replace the dominant culture’s religion with “The State”–then they’ve won and it’s only a question of how long since the U.S. had never been, nor wanted to be, a homogenous population that took longer.  Or as Oprah Winfrey so eloquently put it, “The old order has to die off in order to change society” (paraphrased).

Because the so-called old order’s lifespan increased almost as fast as the progressives indoctrinated the children (who brought home and helped reinforce the indoctrination from agents of the progressive elitists) it took even longer than they’d hoped.  Heck, in the 1960s there was a presidential candidate who was familiar with Adam Smith, Frederic Bastiat, and who was a contemporary of F. A. Hayek. His name was Barry Goldwater and the press destroyed him.  Ah, the press…that would take an entire commentary to address and I have a couple other things on my mind for now.

I was a Democrat when the Moral Majority was an active force.  Rev. Jerry Falwell lived and died in Lynchburg, VA (which is 20 miles from me, and his lasting legacy, Liberty University, is a bit closer).  This means I was on your opponent’s team until I was 40 years old.  GW Bush was the first Republican that I voted for, ever in my life.  There just weren’t any Republicans in Virginia other than Country Club Republicans (they disdain you as much as the progressives) who really had no power in this solidly Democratic state.  Between LBJ and Obama, no Democrat won Virginia’s electoral votes.  Everything else was Democratic Party-controlled or it did not exist–until the beginnings of the Moral Majority, that is. We did not have a Republican governor between Reconstruction and Linwood Holton for over 100 years, if you leave out the federal government choosing who ruled.  So with everything combined, we had never had a Republican governor.  And back in my Democrat days, we also hated the Moral Majority way more than you hate Obama now. Why? They stood for traditional morals and culture at the height of the culture wars. Back then the implication–that the “majority” was not as progressive as we wanted to believe–was galling. That is now questionable in my mind, after 5 generations of indoctrination.

That shortened biography is to shake you out of the notion that the voting public can be ‘educated into a conservative worldview’. No, it can’t and here’s why.  Aware progressives already know the conservative worldview, maybe better than many conservatives, and the masses are easily distracted via governments’ best ally:  the media.

So what you have to do is learn their history.  Not just Internet memes and not just the buzzwords such as Cloward-Piven/Alinsky. They did not invent the methods that they use or their ideology; they inherited them from eighteenth and nineteenth century German political philosophers and authors. It’s not a coincidence that Thomas Dewey and 10,000 other progressives went to Prussia to study at the universities there. They came back to America, and the ones that Wilson could not employ in the federal government became academics at the top tier universities in the U.S., especially the University of Wisconsin and the Ivy League “progressives” factories.  Learning this inoculates you against being called ugly terms like “teabagger.” Unless you’re willing to home-school and you think that we have 100 years to wait, and you’re willing to start having a whole lot of children, forego the vain hope of educating the U.S. out of our painful dilemma. You’ll just annoy the pig and frustrate yourself.  You learn their history so that you can see just how insidious it is historically; and at the same time learn where yours comes from. For me, it’s classical liberal and if you don’t know what that is I suggest you Google the term. Let’s just say that like-thinkers and I are in very good company, from Adam Smith to our Founders to Bastiat to de Tocqueville to Von Mises to Hayek to Friedman to Thomas Sowell to Walter E Williams to Jonah Goldberg to Bill Whittle to Andrew Klavan. And no, it’s not the Libertarian Party. They’re fiscally responsible social liberals; they embrace hedonism even more than do progressives, but call hedonism ‘liberty’.

Read everything that you can get your hands on and watch the listed folks’ video lectures on YouTube; but especially soak in just what a wonderful and hope-filled realistic worldview that it embodies. That’s to give you the foundation for your version of the best worldview.  That foundation is to give you courage in the coming times.

What you do with that knowledge, once you’ve learned it well enough to own your worldview and you’re secure in its correctness, next will come the radical solutions that radical thinking leads you to embrace and makes you want to act upon. Could the U.S. be the first in history society to vote itself out of radical hedonistic populism? Is there enough time and energy to get that done? I don’t know if the answers are yes for enough people; I only know it from my perspective, having been on both sides of the fence and having not once sat on the fence.  There are far worse things than being radical–even Jesus said so.  (Read the Bible to see what He thought about being “neither hot nor cold”.)  This was for its best years a radical nation, so radical that there has never been any other nation with such a short-written constitution that limits the elected people who are supposed to enforce it, but who have not since 1914.

Embrace radical thinking; it’s not as scary as the powerful and elite wants you to believe. 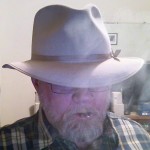 Michael Lee Duncan was born near the end of the Baby Boom and lives in the same Virginia county where his maternal lineage pre-dates the Revolutionary War; where there are still vestiges of that pioneer spirit, some folks still cling to God, and there is an abiding respect for the Amendment that empowers the citizenry to protect the Constitution & the Second Amendment. Having grown up far from the urban centers and government school was in his youth still more school than multicultural progressive government-school indoctrination and progressive ideology was still considered the enemy of the people. His grandparents understood that the phrase, "We're from the government and we're here to help you" was the punch-line to a joke.

Benghazi: The Truth IS Out There