In a speech before the British House of Commons after hearing news of the signing of the Munich Agreement in 1938, Sir Winston Churchill stated, “We are in the presence of a disaster of the first magnitude … we have sustained a defeat without a war, the consequences of which will travel far with us along our road … we have passed an awful milestone in our history, when the whole equilibrium of Europe has been deranged, and that the terrible words have for the time being been pronounced against the Western democracies: ‘Thou art weighed in the balance and found wanting.’ And do not suppose that this is the end. This is only the beginning of the reckoning,” Churchill concluded.

The deal that was brokered in Geneva last week with Iran will go down as perhaps the worst betrayal of American and Western interests in history. Many pundits have compared it to the Munich agreement with Adolf Hitler. But this agreement is infinitely worse.

Neville Chamberlain returned from Munich ecstatic about the deal. He confidently boasted to the world that he had delivered the epigrammatic “Peace in our time.”

Upon return from the signing of the Munich Agreement, Adolf Hitler contemptuously proclaimed in regard to Neville Chamberlain, “If ever that silly old man comes interfering here again with his umbrella, I’ll kick him downstairs and jump on his stomach in front of the photographers.” In one of his public speeches after Munich, Hitler declared: “Thank God we have no umbrella politicians in this country.”

Before leaving for the second round of talks in Geneva, when some members of Congress brought up some facts that had been shared by the Israelis to Secretary of State John Kerry, the Secretary of State angrily admonished, “Don’t listen to anything the Israelis say.” Upon returning from Geneva, Kerry said, “From this day, for the next six months, Israel is in fact safer than it was.”

This is as dismissive of some very real, existential threats to Israel’s existence as it is patronizing. Israel, with its highly sophisticated intelligence services, finds this deal wholly unsatisfactory. Not only do the Secretary of State’s words diminish and undermine Israel’s highly valid and legitimate concerns about the threat of a nuclear Iran, but it turns the tables on Israel and its Prime Minster, who has been rightfully trying to alert the international community of this growing threat, to all of us in the West, as well as the Sunni Arab states, for years.

This administration has masterfully painted a portrait of our one democratic ally in the region, Israel, as the enemy. One would almost think that the American flag was routinely being burned amid chants of “Death to America” in Tel Aviv, and not in Tehran.

Upon returning from Geneva, Iranian President Hassan Rouhani said, “Everyone is happy about this deal except warmongers and that regime, which is an illegitimate one.” Adding, “Many were trying to isolate Iran, but who is isolated today? Our enemies are, in fact, isolated.” Why, one might ask, would such a ”moderate” and “reformer” who wants nuclear power for peaceful purposes even speak in terms of “enemies”?

Speaking of “enemies,” it is a clear and convenient misperception for many in the West to believe that the Iranians only have Israel in their crosshairs. It is true that Israel is closer and the easier target for their Shahab-3 missiles. However, the Iranians are working on a missile that should be able to reach the eastern seaboard of the continental United States by 2015.

Ever since the Islamic Revolution of 1979, the Iranians have been referring to the United States, as “The Great Satan”, and Israel as merely “The Minor Satan.” Just last month, the Iranians celebrated “Death to America Day”, commemorating the day, shortly after the Khomeini revolution, they seized the American Embassy in Tehran and held our embassy officials hostage.

It is, in fact, a cynical manipulation of public opinion, on the part of both the Obama administration and the Iranians, to frame this issue as being just about Israel. To think that this issue only involves Iran and Israel would be tantamount to thinking that Hitler only was concerned about conquering the Sudetenland. Israel is just the proverbial “canary in the coalmine.” However, Israeli intelligence is astonishingly accurate and we all know that they will be first in the Iranian nuclear crosshairs. Not to have included the Israelis in the first set of Geneva talks by the P5 plus one nations was a horrific slap in the face to Israel.

The exclusion of Israel in the first two rounds of negotiations clearly demonstrates how the international community has grown to accept the genocidal hatred of the Iranian regime, and given it a patina of propriety.

When the state of Israel asked that they be involved in the next round of negotiations, the answer came loud and clear:

Speaking to the IRNA, Iran’s official news agency, the well-respected cleric in the Iranian regime, Ayatollah Ahmad Khatami, said: “What is visible is that Obama has agreed to include the fake Zionist regime, (i.e. Israel), in future negotiations.” “However,” Khatami added, “We firmly believe (Israel) must be wiped off the face of the earth and we don’t recognize its existence.”

What makes the Geneva agreement infinitely worse than Munich is that most people in the West were seemingly unaware of Hitler’s genocidal plan until much later. The Munich Accords were signed on September 30, 1938.  Hitler and his colleagues worked in total secrecy. The news did not creep out to the Western powers of Hitler’s genocidal plans and “Final Solution of the Jews” until a member of the World Jewish Congress, Gerhart Riegnar, met a Nazi informant on August 1, 1942.

However, ever since October 2005, when the former Iranian President, Mahmoud Ahmadinejad, made his now famous declaration that “Israel shall be wiped off the map.” Scarcely a week goes by that there isn’t another warning of Iran’s genocidal intentions, which can be easily found on the internet.

On November 20th of this year, Iranian Supreme leader Ayatollah Ali Khamenei called Israel “a rabid dog”. A few months ago, Supreme Leader Ayatollah Khamenei said, “We will cut out Israel like a cancer.”

The Israelis have learned the history of the Jewish people well. When enemies are preparing to do something horrific, one of the first things they attempt to do is to lay the societal groundwork by attempting to de-humanize. When references are made to the Jewish people as a disease that has to be removed, it should be clear to all that what comes next will be particularly dreadful.

Some in the West have managed to successfully delude themselves into believing that newly elected leader Hassan Rouhani is a “moderate.” However, there is nothing “moderate” about him.

Rouhani, while campaigning for president of Iran in May 2013, publicly chastised a television journalist for not appreciating how successful he had been at using his position as chief nuclear negotiator from 2003 to 2005 to deceive the West into believing the Iranians had taken a break from their nuclear project, when in actuality he introduced the yellowcake facility, the heavy water plutonium enrichment in Arak, and to go from a mere 150 centrifuges to 1,750. (Now, they have approximately 19,000 centrifuges).

The very day before Mr. Rouhani left Tehran for his charm offensive in New York, he gave a speech on the reviewing stand of a military parade. In front of his eyes was a fleet of trucks, carrying a convoy of Shahab-3 missiles that can easily reach Tel Aviv. The first truck carried with it a sign in Farsi that read, “Israel shall cease to exist.”

Despite his soft rhetoric, it is important that people remember that Mr. Rouhani had to be approved by all of the reigning clerics, none of whom are moderate. The reason the Iranian mullahs changed tactics was because the sanctions had begun to work. Their overall objective has not changed at all. For those who want to defend Western civilization as we know it, we have, in the words of the pre-eminent Sir Winston Churchill, “sustained a defeat without a war, the consequences of which will travel far along our road…”

We have, indeed passed an “awful milestone in our history.” I fear for us all.

Sarah N. Stern is Founder and President of the Endowment for Middle East Truth (EMET), an unabashedly pro-American and pro-Israeli think tank and policy shop in Washington, D.C. 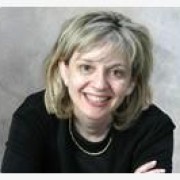 Sarah Stern, Founder and President of EMET, has written many articles, and has been published in Commentary, The New Republic, InFocus, FrontPageMag.com, The Jerusalem Post, the Washington Jewish Week, The Middle East Quarterly, American Thinker and Breitbart. She appeared as a guest on on CBN News and Fox News to discuss Middle East and Israel-related issues. Sarah is the editor and author of the highly acclaimed book, Saudi Arabia and the Global Islamist Terrorist Network: America and the West's Fatal Embrace, which was published by Palgrave MacMillan in November of 2011 and will be going into its second printing in May of 2012. Additionally, she is the lead author and editor of "Saudi Arabia and the Global Islamic Terrorist Network" (2011 Palgrave-Macmillian), of one novel, Cherished Illusions, (2005, Balfour Books), and has written a chapter in Frank Gaffney's book, War Footing (Naval Press. 2006).

Are Obama Admin's "Useful Idiots" in the Press Wising Up?