After unveiling the two-year budget deal which retains a fully-funded ObamaCare, increases spending, raises taxes and continues down the same unsustainable fiscal trajectory, House Budget Committee Chairman Paul Ryan had this to say in his defense: “To get true budget reform, Republicans are going to have to win some more elections..”

Ahem. I beg to differ, Mr. Chairman: To get true anything – a bunch of you Republicans must be removed from office and replaced with actual conservatives willing to do what Americans sent you to Washington to do: Stop the insanity.

Before I continue, I must say to Paul Ryan how dare you state that in this budget deal there aren’t any taxes – there are only “fees.” What kind of frickin’ idiots do you think put you in office? Take your paws off my wallet, stick your double-speak and get off my television – it’s reserved for vapid Democrats who lie through their teeth about stealing my money and breastfeeding that ever-growing government hog.

The job of the average Congressman used to be to go to Washington, spend a long time building alliances, trading favors, exchanging votes and extracting as much taxpayer largesse as legally possible and bring it back to their respective districts. That is no longer the case. The job now is to go there and stop it. Your charge, Paul Ryan, was to gather like-minded, true conservatives and turn off the giant pig-feeding spigot.

In 2010, after seeing what Nancy Pelosi, Harry Reid and then Barack Obama cooked up together, it was the Tea Party who dropped everything and gave you the power of the purse. We breathed a sigh of relief, knowing you would defund ObamaCare, stop the disastrous path the leftists had put us on and restore our belief in the Republican Party after the profligate spending by those drunken sailors under George W. Bush.

In a nutshell – we trusted you! I know you’re exempt from ObamaCare but did you not notice the rest of the country is a wee bit upset that it’s still being implemented? Aren’t you the numbers guy, Chairman Ryan? Certainly, you know in the past few years the income of non-government employees has decreased 6% while the income of government employees has risen 21%, correct?

You want ObamaCare to keep failing so you can run against it – I get it. You guys are in awe of the money Obama and the libs have spent and you want to be in power and get your trillions to your peeps, but there’s a problem: When ObamaCare implodes – and it will, by design – in its place will be a bailed-out, single-payer, massive government entitlement and we are going to blame the Republicans we put in there to stop it, sir. That’s you, friend.

I’m thrilled you have a rock-solid issue like ObamaCare to run against, but what about us? What about millions of people who are having their lives turned upside-down by this onerous government takeover of our healthcare system? Is it worth putting the American people through this just so Republicans can maybe take back the Senate and have a long-shot at winning the White House in 2016? Who knows better than you, Mr. Chairman that losing to Barack Obama in 2012 was the single biggest whiff at a T-ball in the nation’s history? 8% unemployment, gas prices doubled, debt doubled, lies and scandals, incompetence and every level and you can’t win?

I’m supposed to suffer through ObamaCare, and then get stuck in a single-payer piece of crap system with death panels and no doctors, just so your Party can have another shot in 2016? No thanks, kiddo – I’m vapor. I don’t trust you further than I could throw you, and I could probably throw you five or six feet. Not sure what that means, but you get my drift – I want real conservatives in office who care about me – not the Party.

ObamaCare is here. Thanks Republicans. Now, let’s talk about that amnesty! You bet it’s next on the hit list for 2014, complete with those requirements for undocumented Democrat voters to “get in back of the line, pay a fine, pay back taxes, learn English, blab la blbabla blab labl b lal blabla bla b…” We can’t even teach American kids to speak English.. You think after an illegal is legalized they’ll be deported for not learning English? We don’t deport illegals who commit felonies! Where have you been? Oh yeah, Washington… slipped my mind.

Real conservatives will get elected everywhere, every time, to stop this Obama Marxist slide our country is in and if they turn like so many Republicans have – into Democrat enablers – there’s a line out the door ready to primary your asses right back to wherever, USA. I heard Mark Levin tell Paul Ryan he thought the budget deal was “Mickey Mouse” but on further review, it’s more like Goofy. 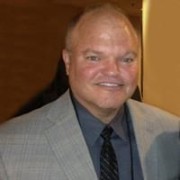 Rodney Lee Conover was a writer for the Rush Limbaugh Show, a conservative stand-up comic for 12 years entertaining people and troops throughout the world, a talk-show host on SiriusXM for eight years and most recently, speech writer for Herman Cain, Joe "the Plumber" Wurzlebacher and Ann Coulter. In 2014 Rodney Lee ran for Congress to stop ObamaCare, Amnesty, Common Core, deficit spending, denial of civil liberties, the contempt for the Separation of Powers and will take on all who would destroy the greatest nation on earth. He lives in Hesperia, CA with his father, nephews and "Jack" the campaign Whippet. Facebook: www.facebook.com/RLC4CommonSense Twitter: @RCCA08 Email: [email protected] Video Intro: http://youtu.be/VBQuzv7YaY4

Budget Passes Congress--But at What Cost?

There is No Legitimate Reason to Ratify the Disability Treaty