Just one day after the shutdown ended, the national debt exploded $328 billion to over $17 trillion.

This shocking fact highlights how the deal negotiated by Senators Reid and McConnell obliterated the federal debt limit until February 8. But beyond that, it also killed any political fight for the Republicans other than the long game. And for Americans who are concerned about near-term fiscal reform, checking and balancing Washington from the States is our only option.

Here’s why. The President has certified that the debt limit threatens the Treasury’s ability to repay outstanding bonds (not true, but who’s checking?). When that certification came in, the Reid-McConnell deal suspended the debt limit and freed the U.S. Treasury to borrow as much as it wants through February 7 to pay any expense incurred prior to February 8. In other words, thanks to the Reid-McConnell deal, the sky’s the limit on federal borrowing and spending until February 8. There is simply no limit on debt for nearly four months. Period.

On February 8, the debt limit resumes, but at a level equal to whatever has been borrowed up to that date. The only check on this dramatic expansion of executive authority to incur debt is for Congress to enact a joint resolution to reinstate the debt limit, which Obama can veto, which will be politically impossible to override.

This could be very bad. For example, nothing stops the President from putting every expense between now and February 7 on the federal credit card, while saving incoming tax revenues in short term accounts. This would enable him to ratchet up the eventual debt limit that will resume on February 8 by the amount of all expenses authorized between now and February 7. After February 8, he would then be able to pay most of those obligations with the taxes he previously saved, leaving behind an inflated new debt limit that effectively allows for four more months of borrowing capacity.

Most likely, the President won’t go that far. But surely this is part of the game plan for the Treasury’s so-called extraordinary measures. He will definitely build up a debt authority cushion to minimize any pressure imposed by February 8 debt limit re-imposition date.

The President will be set up to replay the same game he just won if the Republicans do anything other than roll-over again. Senators Cruz, Lee, et al, will have to filibuster for weeks and maybe months beyond February 8 to generate any real financial pressure on the executive branch. In the meantime, the President will have the ability to demagogue the debt limit issue as if the end of the world were coming. The whole battle could persist into June without the President feeling any real financial pinch.

The Republicans just got check-mated when it comes to using the debt limit or the power of the purse to force concessions by the President. They have lost all leverage because of the Reid-McConnell deal.

So get used to more $328 billion borrowing sprees between now and February 8—and probably beyond.

The only way to have avoided this box would have been if the Republicans stood fast with Cruz in the first place, whether they liked it or not. This is because even a dramatic win during the mid-terms would have been more unlikely to have brought about any fundamental change in fiscal policy or Obamacare. This is due to the simple fact that no matter how well the elections could have gone for the Republican Party, the mid-term elections would never have brought about the kind of dramatic shift in favor of conservatives to truly reform health care or fiscal policy using ordinary legislative methods.

The Cruz method of filibustering and resisting was the only way to achieve a near term victory in Washington against Obamacare and on fiscal policy. It is no longer viable because of the complete loss of leverage the Reid-McConnell deal produced.

Republicans have been forced into the long game, which is hardly a guaranteed win for repealing Obamacare. The problems in Obamacare are just as likely to produce socialized medicine as anything else—already we are hearing the clarion call from the Left for a single payer system as the final solution. And, as China just told us in downgrading the federal government’s credit even after the Reid-McConnell deal was struck, there may not be time for a long game when it comes to our absurd fiscal policy.

In short, Cruz was right to gamble. It was simply the best option among bad options for near term reform.

Now our only option for near term change is checking and balancing Washington from the States. That means organizing the States to advance a Balanced Budget Amendment with a laser focus and as quickly as possible. Compact for America can do just that.

Article V of the United States Constitution gives states the power to originate a Balanced Budget Amendment through a convention of the states. Ordinarily, the process is incredibly cumbersome, requiring more than 100 pieces of legislation across as many as five legislative sessions to generate a constitutional amendment. It is so cumbersome that even President Ronald Reagan and Nobel Laureate Milton Friedman failed in their efforts to use Article V to generate a Balanced Budget Amendment from the States in the 1980s.

But Compact for America finally makes using Article V plausible, safe and efficient. It consolidates all necessary legislation into just one agreement among the states and just one congressional resolution. It thereby reduces the number of enactments needed to get the job done by 60%. It transforms the amendment process into the rough equivalent of a ballot measure. In as little as one year, Compact for America could empower the States and their allies in Congress to advance, propose and ratify a Balanced Budget Amendment.

Although Republicans have been forced to play the long game in Washington, we can still sidestep that game by encouraging the States to join Compact for America. With a Balanced Budget Amendment in place, Washington would no longer have the ability to set its own credit limit and write itself a blank check. Debt would finally become scarce. Priorities would have to be set. Sustainable programs would have to become the norm.

Only by looking to the States for leadership, can we regain the leverage that was lost in the Reid-McConnell deal. We really have no other option for near term reform. And we may not have time for victory in the long run.

Nick Dranias is the Director of Policy Development and Constitutional Government at the Goldwater Institute. 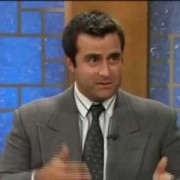 Nick Dranias is Director of Policy Development and Constitutional Government at the Goldwater Institute. Dranias led the Institute's successful challenge to Arizona's system of government campaign financing to the U.S. Supreme Court. Using an emergency motion invoking the archaic All Writs Act, Dranias was able to persuade the Court to block campaign subsidies from being paid to government-funded candidates during the 2010 election cycle. Dranias also manages the Institute's analysts and serves as a constitutional scholar. He has authored scholarly articles dealing with a wide spectrum of issues in constitutional and regulatory policy. His articles have been published by leading law reviews, bar journals and think tanks across the country. Dranias' latest works are (with Byron Schlomach) Recognizing Pension Fund Insolvency: A Catalyst for Reform and (with Andrew Kleit) Moving Forward: A Roadmap for Choice and Competition. Dranias also serves on the board of Compact for America, Inc., which is urging the states to advance a Balanced Budget Amendment using an interstate compact.

Obamacare and the Rationing of America