First and foremost, I am proud to be an American who considers himself informed on the issues and always making an informed decision. In today’s times, I roll with the conservative side of the aisle. Why, because of the philosophy.

Unlike our liberal friends, who are constantly looking for new words to conceal their true beliefs and are in a perpetual state of reinvention, we conservatives are unapologetic about our ideals. We are confident in our principles and energetic about openly advancing them. We believe in individual liberty, personal responsibility, limited government, and capitalism, the rule of law, faith, a color-blind society and national security.

We support school choice, enterprise zones, tax cuts, welfare reform, faith-based initiatives, political speech, homeowner rights and the war on terrorism. And at our core we embrace and celebrate the most magnificent governing document ever ratified by any nation–the U.S. Constitution. Along with the Declaration of Independence, which recognizes our God-given natural right to be free, it is the foundation on which our government is built and has enabled us to flourish as a people.”

I would rather live as a conservative knowing that I have made the right decision to be responsible for my actions, than to be told as a liberal that the reason why I am in the mess I am in is because of society and the rich keeping me from advancing.

One of my favorite persons of history is Harriet Tubman. As a slave, she escaped from the plantation in search of freedom and found it. Back then it was much harder than it is today. She had to endure swamps, bad weather, coldness, dogs, threat of being whipped or lynched if found but she did it. After she found freedom, she saw that it was better than being on master’s plantation and went back for anyone who would go. She made several trips, placing her life in danger for there was a bounty on her head but that didn’t stop her.

I am not Harriet Tubman by any means, but I know how she feels.

I changed political philosophies back in 2008 and haven’t looked back since. I created a website – newsninja2012.com to combat liberal lies from the media and democrat party. I don’t mind the excess of demonization because I use that Popeye’s eat his spinach.

I love politics. I love to research and find out things I didn’t know and share it with people that seem interested in listening. Now, I am not an expert on many things but I soak up truth like nobody’s business.

I was raised in church, as son of a Pastor and Sunday School Superintendent. I have traveled to 38 of the 50 states in my lifetime. I went to church 10 out of 7 days a week and my old friends can tell you that is no joke. I have met all types of people during my life’s journey especially when I was a liberal. Oops did I forget to mention that.

I have always worked hard but that comes from my adopted father and mother who loved me and gave me direction and a strong Christian base.

I was a liberal-leaning American who blamed all of his problems on Republicans. Funny thing was, my parents never told me Republicans were bad. I learned it from watching TV and movies. From listening to political debates and commercials. TV was a strong influence in my life back in the day. I think I became politically aware when Ronald Reagan became president. I didn’t like him because the people I listen to made him out to be evil towards our community.

I don’t equate today’s conservative American to Republicans because in my eyes Republicans have lost their way, which is a shame actually. I know the history of the Republican Party and the many ways it helped the black community and women rights, and I am actually proud of it but today’s cesspool of party members want to be loved in the media instead of listening to the people. They have also accepted the declaration of silence on their great and proud history and I am so angry at that.

I wish it were different and maybe it will be once again. But that doesn’t stop me from loving the switch I made because I am free! I am free to make my own decisions without the threat of it being taken away because I didn’t vote the way the liberal media wants me to.

If you read this and say to yourself that young man is really happy….then you understand exactly what I was trying to convey. Now go spread the message.
Wayne Dupree’s latest speech in Washington, DC: 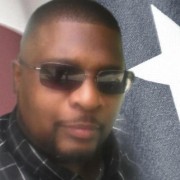 Wayne Dupree is an up and coming conservative activist and well-known social media/media personality under the moniker of Newsninja2012. He served eight years in the United States Air Force, and many years in the public sector. Wayne founded Newsninja2012.com in 2012, where he sought to be the alternative to mainstream media as well as pushing conservative values that drive him to this very day. Wayne gained direction and focus, putting it all together after speaking to Andrew Breitbart last year, two weeks before his passing. He used that brief exchange to consolidate and cultivate his message and ideas to reach out to be heard. He continues to speak out against the mainstream media and Democratic party for policies that are destroying the minority community.

Is Putin's Slam of American Exceptionalism Taken from Obama's Own Words?