“The cupboard is bare.  There’s no more cuts to make.  It’s really important that people understand that.  We cannot have cuts just for the sake of cuts,” said Minority Leader Nancy Pelosi on Sunday.

Our deficit this year is all the way down to $818,000,000,000, an amazingly small number, given how much good the Federal government does.  So the razor cutting and waste/duplication reductions have now been completed.  Other than that, this may be the first time ever that ongoing government efforts have been concluded, which itself is reason for celebration.  This victory over spending profligacy must be rewarded by looking into some activities that are due for a second look.  With the wind at our fiscal governance back, the sails must be let out.

So here are a few proposals (in no particular order as all can be described as “critical” or “essential for the children”).

In 2007 the city of Santa Barbara rejected a proposal to paint the city streets with a wavy blue line to indicate where future sea levels will be if the planet’s snow, glacier, and polar ice caps were to melt.  Unfortunately, property owners and business interests strongly protested the proposal.  Some scientists also pointed out that such speculative scenarios are forecasted to appear in future centuries.

Taking a look at this proposal, especially on a Federal level (where every good idea should be examined and implemented), we see it is a wonderful twofer: more jobs and constant climate-change awareness.  These two issues are perhaps the most important in the country today.  As the news of the increased growth of the ice caps seeps out (whole story here), per the UK’s Daily Mail from last week, the country risks global warming’s decreased strength as a justification for increased federal intervention.

Everyone remembers during the summer of 2009 when the “Putting America To Work – Project Funded by the American Recovery and Investment Act” signs went up.  Everyone also remembers where those signs are, still today, as the shovel-ready works they touted are in most cases still pending.  At approximately $3,000 per sign, around $20,000,000 was spent throughout the country making and installing these signs.

But there haven’t been any new ones put up in a while, and that needs to be addressed.  And there are miles and miles and miles of bare highway shoulders that need similar decorating.  Time to add some more.

Sharrows are the chevron-shaped arrows with a bicycle outline that are painted on formerly car-only lanes on city streets to remind motorists that the lane is meant to be used by automobiles and bicycles.  The city of Long Beach, CA also includes a painted 6-foot wide green stripe throughout the lane to increase the visibility of the sharrow.  Unfortunately, there aren’t nearly enough sharrows.

All good citizens know that riding a bicycle is far superior to driving a car — the resultant exercise, reduction in exhaust contaminants, reduction in fuel usage, increased job-security for ambulance drivers and emergency room staffers, etc.  Having more sharrows across the country will increase jobs (painters, traffic re-directors while the painting is occurring, and labs that will test the paint for offensive odors/ingredients) as well as provide a mile-by-mile reminder to car drivers that they should be pedaling instead.

The most recent unemployment numbers have the national rate at 7.3% — 11,300,000 Americans are considered to be officially out of work.  Obviously, this is unacceptable.  Even the President’s forecast for unemployment, had we not implemented his stimulus program, forecasted a 5% unemployment rate by this time.  Side note: No room here to discuss how/why the stimulus program did not work as promised.  So something clearly needs to be done.

The other part of the magic of the unemployment numbers is who is included and who is not.  Folks who are not actively looking for a job are not considered as part of this calculation.  That can either be students, little kids, retired folks, or “discouraged” workers.  As of August, there are 866,000 “discouraged” workers in the economy; this is the number of people who were looking for a job and used to want one, but they gave up.  Good question: why aren’t these folks included in the unemployment data?  As these folks are not included in the unemployment numbers, the simple solution for a better unemployment rate is to get people out of the “unemployed” group and into the “discouraged” group.  The clear next step: pay the 3,560,000 (11,300,000 – 7,740,000) to become “discouraged,” that is, to stop actively looking for work.  Then our unemployment rate will instantly go from 7.3% to 5%.  And that would be a huge success.

Of course, there are numerous more ways we can focus our national efforts with the effectiveness that we’ve shown in cutting our budget to the bone, but these four would make an excellent start.  As one of the country’s best and most inspiring leaders, Nancy Pelosi should form an action committee to begin discussing which groups would be best suited to start an awareness-raising campaign… 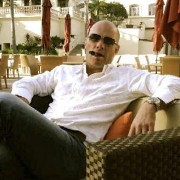 Michael Hausam is a father of 5, entrepreneur, and political junkie living in Newport Beach, CA. His political views are a blend of Thomas Sowell and Milton Friedman; and they're usually expressed in sarcasm font.

A PolitiChick's Journey to Becoming an American Citizen