The world is fast moving from an information age to a surveillance age.  A fishbowl existence is no longer something spurned, it’s now welcomed through the self-exposure of social media sites like Facebook, Twitter, Instagram and Foursquare.  We find exposure to someone’s personal activities entertaining.  Hours are spent watching voyeuristic reality shows on television.  We willingly accept market driven data mining of our online activity, buying behaviors, and television viewing habits that provide businesses with access to our daily doings.  Satellites, surveillance cameras and drones have given government and private interests the capability of watching our every move.  There is little resistance because most of us already engage in self-exposure, use technology like Google Maps, and don’t mind police surveillance if it makes us feel safer.  Living an entirely private life is no longer the norm.  Progression of surveillance technology is eroding privacy at an exponential rate and few Americans are raising voices of concern, but they should be.  The right to privacy is a critical component of political self-governance and its demise threatens the very basic tenets of freedom.

The reality is that surveillance is going to become an even bigger part of the fabric of our lives.  There is simply no way to avoid it.  What must be avoided is the temptation of government agencies to build surveillance data profiles for every American.  For many private enterprises their customers have simply become data profiles to be manipulated into specific consumer behaviors.  Companies like Amazon.com use sophisticated data mining techniques to profile customers buying interests or credit risks.  This information is then used to influence behavior and minimize financial risks.  Imagine a government based system where, in similar fashion, surveillance data profiles are used to order society and manipulate the public’s behavior.  The protections of the Fourth Amendment expressly guarantee “the right of the people to be secure in their persons, houses, papers and effects, against unreasonable searches and seizures.”  But that right to privacy does not mean the government, and private sector enterprises, can’t use data collection to influence behavior.  The more information “Big Brother” collects on American citizens, the more ability it has to control aspects of our lives.

In the aftermath of the 9/11 terror attacks, cities ramped up their ability to monitor the public.  Today, cameras are the primary source of public surveillance.  Surveillance cameras, once reserved for locations such as ATM machines, have become commonplace everywhere.  It’s proven to be an effective tool for law enforcement.  The city of Boston had as many as 500 surveillance cameras in place at the time of the marathon bombing.  These cameras played a critical role in identifying the suspects, thus prompting even more cities to jump on the surveillance camera bandwagon.  Cameras have the ability to gather large amounts of data, but at present, there is no software sophisticated enough to independently process the images and create surveillance profiles.  That is changing quickly.

Fixed-location and mobile license plate scanners now log and database people’s movements. Police agencies love these inexpensive methods of identifying speeders, red light violators and expired plates.  A national unified monitoring system is under discussion as a way to create a massive database that monitors the travel patterns and develop surveillance profiles of motorists around the country.  In some cases this data is even useful to the private sector.  A Florida tech company, TLO, offers clients access to over 1 billion license plate reader records for purposes such as vehicle repossession.

Ron Brooks, the former director of an information sharing division of the Department of Homeland Security, says this about how multiple levels of surveillance data are combined to map out crime scenes, “It goes beyond cameras—it’s our ability to use license plate reader systems, facial recognition technology, time stamping to develop a timeline, location data to develop a map of the scene and track the movement of people, placement of packages and layer in other data, like eyewitness accounts, to develop the picture and chronology of the event.”  In the not too distant future we can expect software advancements will allow computers to independently monitor video feeds, build surveillance profiles, and report potential threats to government authorities.

So what will camera surveillance look like in the future?  Perhaps Britain can offer us a glimpse.  They have become the leading surveillance state in the world with an estimated 5.9 million closed-circuit television cameras, including 750,000 in places such as schools and hospitals.  That means there is now a surveillance camera for every 11 people in the United Kingdom.

Government agencies don’t have to rely on fixed position surveillance cameras.  By 2020, the FAA expects as many as 30,000 drones (unmanned aerial vehicles) will be active in the skies over the United States.  Drones have had remarkable success in surveillance and monitoring activities on the battle field, and now law enforcement in the United States desire those same capabilities. Drones offer a cost effective way to provide an eye-in-the-sky to help police patrol large areas, assist with searches, monitor criminal activity and follow drug shipments.  Drones now come in all shapes and sizes.  AeroVironment, has developed a palm-size hummingbird drone that weighs less than a AA battery, can fly 11 miles per hour and hover or perch on a window ledge to record sound and video.  While there has not been much public resistance to fixed camera surveillance, drones are a different story.  The public feels far more threatened.  The drone debate has even pitted a small Colorado town against the Federal government after the town considered issuing hunting permits and a reward for shooting down government controlled drones.

Public surveillance is one thing, but what happens when surveillance technology creeps into our homes and bedrooms?  Google is in the process of developing a television set-top box with a motion sensor, audio recording device and video camera, which give the box the ability to record ambient action in a room.  This data collection mechanism captures information about behaviors and develops data profiles on households for marketing purposes.  If Google can join us in our bedrooms to create data profiles, government agencies will certainly be tempted to use similar technology in public places where Fourth Amendment protections to privacy are not applied, such as in the case of camera surveillance.   And in some cases of criminal activity, law enforcement may be able to access Google’s data.

The largest and most sophisticated data-collection agency is the National Security Agency (NSA).  In Bluffdale, Utah the NSA is building a massive one-million-square-foot data collection center that is five times the size of the U.S. capital, and seven times the size of the Pentagon.  The NSA has categorically denied that this eavesdropping facility and data collection center will be used to spy on American citizens. However, the NSA and the FBI are collecting data directly from the central servers of nine leading U.S. Internet companies: Microsoft, Yahoo, Google, Facebook, PalTalk, AOL, Skype, YouTube, and Apple. They are gathering data from audio and video chats, photographs, e-mails, attached documents, and server logs.  The program, named PRISM, is the most far reaching government attempt to eavesdrop on the American public and tap into the private information of millions of American citizens.  Artificial intelligence software, using algorithms, can scan through billions of data points to search out key associations and profiles.  For now their activity is limited to foreign communications, including those from American soil to identified foreign threats.  But this program would not be doing its job effectively without building a surveillance profile for every person in the system.  That’s a frightening thought considering how the IRS and FEC have used data profiles to target individuals and organizations for special scrutiny.

Americans have an expectation that government will not intrude upon their reasonable expectation of privacy.  Freedom of association is compromised if people believe a connection to a particular group or individual could mean that they will be profiled.  If this happens, government will be in a position to manipulate people and who they association with.  In addition, free speech is chilled if discussing controversial subjects may land someone in the wrong profile group.  Just as private businesses use consumer profiles to influence behavior, fear of government eavesdropping will influence actions.  Congress needs to be proactive in passing strict laws to limit applications of surveillance technology to ensure that this technology does not in any way create government surveillance profiles that jeopardize freedom or democracy.

Our founders could not have anticipated the irony of the symbolism they adopted on the reverse of the Great Seal of the United States in 1782 — the image now found on the back of every dollar.  A symbol, the Eye of Providence, sits atop a pyramid representing the 13 original states.  Above it are the words Annuit Cœptis, which means “He Approves”, and below, the words Novus Ordo Seclorum, meaning “New Order of the Ages.”  In this new era of surveillance it’s hard not to see this as a symbolic image of the “new order of the ages” where big-brother’s eye is watching us to make sure “he approves.” 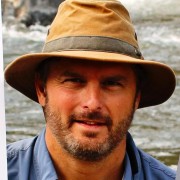 David Spady is writer for TownHall and President of Media and Public Affairs Strategy based in Camarillo, California. He serves as Director of Government Affairs for Salem Communication Corp., and as State Director of Americans for Prosperity in California, a national grassroots organization focused on economic issues, free-markets, and limited government. Spady has been involved in political and media consulting for over 20 years. His work in the film industry includes clients such as HBO Films, the British Broadcasting Company, and IMAX. He is an avid outdoor sportsman and international traveler who has visited 21 countries. Spady earned an undergraduate degree in Communications from Azusa Pacific University and a Masters in National Security Studies at California State University San Bernardino.

U.S. Ambassador Power Wants to Give "Pinch of Sovereignty" to UN