The reason for this confusion on the part of Right-thinking people is that is that, while they value justice (where every individual is judged on the merits of his actions), the Modern Liberal rejects the very concept of justice and instead, for ideological reasons, seeks its opposite.

Yes, of course, there were those egging on the rabble – the usual race-profiteers like Al Sharpton and Jesse Jackson doing the things that made them rich and famous and have now for decades – those whom I call The Prostitutes. But not much more needs to be understood about their “thinking” or their actions than what is already known about prostitutes.

But what about the rest?  What about those I call in my book, The KinderGarden of Eden: How The Modern Liberal Thinks:  the “True Believers” and their “Mindless Foot Soldiers?”  Why do they reject the facts in the Martin/Zimmerman case and so loudly rail against justice?

It’s because “Modern Liberalism” – a stand-alone ideology prevalent in the Democratic Party and throughout the elite — is an ideology that invariably and inevitably leads its followers to not only be wrong, but to be as wrong as wrong can be. It is a way of thinking that sees its followers flip-flop right and wrong, good and evil and, in this case, justice and injustice as a matter of course.

Thus, the Modern Liberal does not even seek justice.  In fact, he tacitly acknowledges as much when he inserts a modifier before the word and demands instead “social justice” – a version of justice so much modified it is, in fact, its opposite.  (It is very much the same trick as when the Modern Liberal inserts the modifier “politically” before the word “correct” making the factually right into the socially wrong and unacceptable.)

Since Social Justice is the antithesis of justice, whereas the latter requires being blind to things like skin color, nationality, sex and other traits over which the individual has no control, and to rely only on the facts; the former requires the rejection of the facts with only race, nationality, sex and the like be factored into determining the guilt or innocence of the individual.  This was, for example, the “thinking” that saw so many on the Left thrilled by the wrongful acquittal of O.J. Simpson, where the facts overwhelming proved him a murderer, but the color of his skin and that of his victims “righted the wrongs” of previous injustice – as even some members of the jury unabashedly admitted.

And since it was essential that his victimizer be white, when it turned out Zimmerman was Hispanic the media simply invented a never-before-heard phrase “White-Hispanic” and the Left went on with their lynching.  And since it was essential that the White man be a racist (how else to justify an “unprovoked” crime?), when all evidence showed that he wasn’t, NBC News simply doctored the 911 call to make it appear he’d made inappropriate racial remarks.

The reason the Modern Liberal’s verdicts are preordained – based wholly on a person’s identity – and why facts are entirely irrelevant is that Social Justice is predicated upon a (rather perverted) interpretation of the belief that all men are created equal.

And since this something is outside the individual’s control, he cannot be held responsible for his own failure (including the failure to act within the law or in other good and moral ways).  Nor does the Modern Liberal believe he deserves the credit for his own success since what changed him for the better was not of his own doing.

So, whereas the Right-Thinker will look to the choices and behaviors of the individual in determining whether justice has been done by the outcome, these facts are irrelevant to the Modern Liberal. Even if he could be made to agree that it was, in fact, the individual’s actions that led to the disparities in outcome, he neither credits the better nor holds the failed responsible for them.  Unequal outcomes, thus, prove unequal opportunities and need to be remedied by other outside forces: society.

Social Justice, then, demands that society see the criminal, the drug addict, the slothful and any and all others whose wrongful choices led them to their fall, not only as not responsible for their own actions and therefore outcomes, but that they be seen as the victim of these outside forces that made them do the things they did and make the choices they make.  Trayvon Martin was innocent because he could not be guilty.

Yet, the Modern Liberal does not apply this in all cases – if he did he wouldn’t believe anyone guilty of any crime.  Yet, clearly he believes – despite the overwhelming evidence – that Zimmerman is guilty of murder.

This is because, what is true of the individual is true – and, in its numbers, more compelling and important – of the group.  To the Modern Liberal the success and failures of different categories of people proves the entire group to have benefited or been harmed by forces outside their control.

And even when Right-Thinking people point to behaviors prevalent in a particular culture as being the cause of the disparity in outcomes – such as Black poverty being caused at least in great part by the inordinate number of out-of-wedlock births amongst Blacks – the fact is of no interest to the Modern Liberal since some outside force must have caused that behavior to become prevalent in the first place.

Individual Blacks, then, are all “victims” for being part of a group whose victimization is proved by nothing other than the “gap” between them and those who are more successful.  And, if they are all victims, then someone must be their victimizers.  And since White success proves injustices in their favor, while justice may demand their exoneration, social justice has already convicted them.

This is not only why Zimmerman had to be turned into a “White-Hispanic,” but why the Modern Liberal is wholly uninterested in the thousands of not just killings but murders of Blacks that occurred while the whole Martin/Zimmerman show trial was taking place alone.  It’s because those were Black-on-Black crimes, with no Whites to declare the culprits, only two Blacks…both victims.

Evan Sayet is one of the nation’s best-known conservative thinkers.  His lecture to the Heritage Foundation from 2007 remains, by far, the single most viewed talk in their storied history.  His new book, “The KinderGarden of Eden: How The Modern Liberal Thinks” is a national bestseller, with Bill Whittle calling it “Perhaps the most important book I’ve read in the past ten years.”  You can find Evan’s book as well as his lectures at www.evansayet.com. 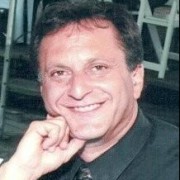 Evan has written and/or produced in virtually every medium there is. Starting out as a standup comic he was quickly spotted by David Letterman and offered a spot on a special episode featuring young talent. Segueing into writing, he was an integral part of the team that made The Arsenio Hall Show the first late night program in thirty years to give The Tonight Show a run for its money and then the very first Creative Consultant on the highly respected Politically Incorrect. After that Evan wrote and produced the highest rated special in Discovery's The Learning Channel's history (The 70's: From Bellbottoms to Boogie Shoes), perfected the book for a musical comedy, wrote a screenplay optioned by Penny Marshall and even tried his hand at game shows as the original writer of the cult classic Win Ben Stein's Money. Evan is the creator, and star of The Right To Laugh, which is the longest running conservative comedy show in America. Evan's career is divided almost exactly down the middle, his time split between his political humor and his more serious lectures. About his comedy, Ann Coulter says, "Who makes me laugh? Easy. Evan Sayet" while Michael Barone of US News and World Report opines, "Evan has crossed that line from funny to important. His serious work includes 'Regurgitating the Apple: How The Modern Liberal Thinks, which he delivered to the Heritage Foundation. Andrew Breitbart called that talk "One of the five most important conservative speeches ever given." Evan is the author of the book, "The KinderGarden Of Eden: How The Modern Liberal Thinks (And Why He's Convinced That Ignorance Is Bliss) available at Evan's store (www.EvanSayet.com), and at Amazon.