How is it that, in our relatively short, two-hundred-year-plus history, we have moved from a service-oriented, citizen-centric, limited government to our current insider-centric leviathan? I spent twelve years inside the Washington DC “Bubble” as a Secret Service agent under three presidential administrations (Clinton, Bush and Obama) and saw firsthand a government which has been bought and sold. In the months preceding my resignation from the Secret Service in May of 2011, I grew disillusioned with a government that had become so detached from the citizens it was obligated to serve, that the term “service” was being dramatically distorted. This sense of disillusionment led me to resign and run for public office in an attempt to be part of the solution and not part of the problem.

Our White House and Capitol have become revolving doors for political celebrities, insider-cronies, and insulated bureaucrats. If you have the money, then you have the access. Here’s how the process corrupts the system. Elected Representative A needs money to run for reelection and he calls the well-connected “Insider B” to solicit funds. “Insider B” represents a series of special interest groups who know that producing quality products or services is not nearly as important as seeking tax code benefits and government contracts and ensures that their campaign donation comes with these benefits and contracts. Those of us that cannot afford to hire “Insider B”, and have to earn our place in the world through hard work, blood, sweat and tears, are now at a significant disadvantage to the cronies who have hired “Insider B” because they can sell their products at a lower price because of their lower tax bills and the government funds which flow to them. The effect is compounded over time as frustration grows and people realize that access matters more than hard work and they begin to reallocate their investments from productive capital and human resources to connected insiders and lawyers.

Adding fuel to this growing fire is an administrative state which is bursting at its seams. This administrative state, which issues edicts without any authentic public review, input or electoral consequences, prides itself on producing suffocating mounds of red tape to heap upon hard working Americans desperately trying to keep their heads above the water. Each new strip of red tape placed over the mouths of struggling Americans takes time and money to remove and over time becomes too much to bear. Ironically, this is a goal of “Insider B” and his government servants, as the cronies he represents all have teams of lawyers to circumvent the regulatory spider-web and the average American does not. The added costs of having to hire the army of lawyers necessary to navigate this regulatory web of red tape adds another layer of costs which can be easily absorbed by the crony crowd, putting hard-working Americans at a further disadvantage.

Fighting tax code abuse and the use of the administrative state as a weapon in a war against hard working Americans, should be priority number one for the growing group of grassroots Americans who refuse to accept that this is the best we can do. The far-left liberal wing in American politics frequently uses the term “fair” when talking about their policy goals, but I ask them, “What is either fair or compassionate about a government so large that only connected insiders have a fair shot at our American dream?”

There is a prescription for a better tomorrow; there is a fix to this. We must move towards a system of taxation based on either a flatter rate or one based on consumption. This is not simply an academic issue, it is an issue of economic survival. “Insider B” loses all of his perverse influence when he cannot lobby for a tax loophole specific to the special interest which has paid him. This gives hard-working Americans a fighting chance to compete. In addition, we must institute strong cost-benefit requirements on any new regulation promulgated by our out-of-touch bureaucracy. There is no greater enemy to real liberty than an expansive administrative state which has zero accountability to the people who finance their existence. We do not need any more politicians who are passionate about politics, but we are in dire need of statesmen passionate about liberty. We deserve better. It’s our government, financed by our hard work, and operating with our permission; let’s take it back in 2014.

Dan Bongino was the 2012 Republican nominee for the United States Senate in Maryland and spent 12 years as a special agent with the United States Secret Service. He is a small-business owner with his wife Paula and is the author of the upcoming book Life Inside the Bubble, to be released in November. Dan is currently a candidate for Congress in Maryland’s 6th District. He can be reached at [email protected] on twitter at www.twitter.com/dbongino and on Facebook at www.Facebook.com/dan.bongino 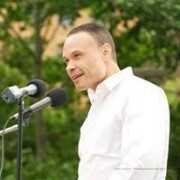 Dan Bongino was the 2012 Republican nominee for the United States Senate in Maryland and spent 12 years as a special agent with the United States Secret Service. He is a small-business owner with his wife Paula and is the author of the upcoming book Life Inside the Bubble, to be released in November. In 2014 Dan was a candidate for Congress in Maryland's 6th District. He can be reached at [email protected] on twitter at www.twitter.com/dbongino and on Facebook at www.Facebook.com/dan.bongino

The Nicole Goeser Story: How A Strict Gun Law Denied Her A Chance to Save Her Husband’s Life

Obama’s Boot On the Throat of America