The toppling last week of the Muslim Brotherhood regime in Cairo has offered a chance for us to engage in a long-overdue revisiting of one of the Obama administration’s most ominous strategic errors:  Its enthusiasm for that Islamic supremacist group and the resulting U.S. help for the Brotherhood’s efforts to impose the totalitarian doctrine of shariah, in Egypt and elsewhere.

This error contributed materially to the rise of the Brothers to power in Egypt in the first place.  It was manifested at the very outset of Mr. Obama’s presidency when, in March 2009, he aligned the United States with a top Islamist agenda item by agreeing to a UN Human Rights Council resolution meant to curb free speech.  Then, in June of that year, the Obama administration insisted that representatives of the prohibited Muslim Brotherhood be present for his first “Muslim outreach” speech in Cairo.

In the ensuing years, the administration has intensified its efforts to “engage” the Brotherhood by legitimating, empowering and training its operatives, by accommodating the Islamists’ assault on our First Amendment freedoms through something known as the “Istanbul Process” and, once they had been helped to gain power in Egypt, by funding and even arming their regime.

Such support surely encouraged the Brothers to move aggressively to consolidate their hold on Egypt through the adoption of a shariah-compliant constitution and by the insinuation of its adherents into key positions throughout the government.  The overreaching that ensued – manifested in increasing repression of secular opponents and violence against religious minorities – helped precipitate the backlash that resulted in Mohamed Morsi’s toppling.

We now stand at the cusp of a civil war in Egypt.  Brotherhood leaders are being rounded up in an effort to prevent them from provoking the sort of disaster for that country and its people as that currently well-advanced in nearby Syria.

How successful this undertaking will be is made more uncertain by the military’s efforts to keep other Islamists of the al Nour Party inside the tent.  Even if civil war is avoided, the price being paid in terms of concessions that preserve the primacy of shariah in the “interim” government’s new constitution and personnel decisions may deny Egypt the shot at modernity, and perhaps even something approaching freedom, clearly sought by millions of its citizens.

It behooves the United States to put an end to Team Obama’s alignment with the Muslim Brotherood and other Islamists. That should include, among other things, abandoning any thought of insisting that the Muslim Brotherhood and, for that matter, other anti-democratic Islamic supremacist groups be included in future elections, in Egypt or elsewhere.  Given that such Islamist factions tend to be far more organized, disciplined and ruthless than their rivals, the upshot of doing so will likely be results similar to those of the recent past: the ascendancy of our mortal enemies.  That is especially the case if, in response to Western pressure or otherwise, such elections are held precipitously.

We need, as well, to root out of the U.S. government those Muslim Brotherhood operatives and sympathizers who have contributed to the President’s policies of what has been, at best, willful blindness towards and, at worse, active enabling of the Islamists’ jihad.  (For examples of this practice of what the Brothers call “civilization jihad” in our country, see www.MuslimBrotherhoodinAmerica.com.)

Finally, in the wake of the Egyptian military’s intervention against our common enemies, with all that portends for further instability and probably bloodshed in Egypt, we must put an end to the idea of aiding the Muslim Brotherhood and assorted others – including al Qaeda – now engaged in a civil war in Syria.  No good can come of implicating ourselves in such conflicts, especially on the side of jihadists like the Muslim Brotherhood. 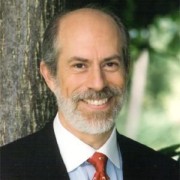 Frank J. Gaffney, Jr. formerly acted as an Assistant Secretary of Defense under President Reagan. He is President of the Center for Security Policy (www.SecureFreedom.org), a columnist for the Washington Times and host of the nationally syndicated program, Secure Freedom Radio.

Racism in America: A Child’s Perspective