This was originally published November 15, 2012: 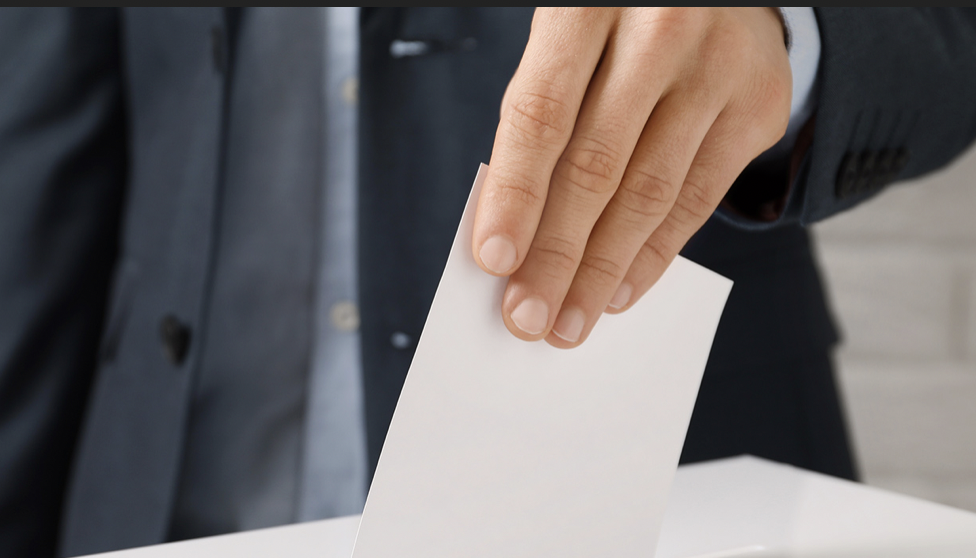 Our system of voting has been neglected, sort of like your neighbor’s dog–the one chained to a tree during freezing temperatures and bad weather. Voters in America have something in common with that poor dog in that we keep coming back for more, hoping circumstances will improve with every election cycle. Unfortunately the dog can’t motivate its owner to treat him with love or consideration, but American voters can demand members of Congress work with the individual states to resolve the profound issues which corrupt voting results every election day. The problems surrounding voting machines during elections have been documented throughout history, but have become more sensitive and pervasive throughout the states.

Why does the election for the U.S. Presidency seemingly depend on battleground states and Ohio voters coming to the polls? Even as the news organizations were projecting Barrack Obama the winner, I wondered if my vote counted at all?  Perhaps I even voted incorrectly- though through a stroke of fortune I voted using a paper ballot in combination with an optical scanner- the most reliable method. I have lived in the U.S. all of my adult life and never appreciated being minimized by the media, especially during general elections. While western polls had just closed and Alaska and Hawaii were still voting, the media was announcing our next President. I decided to look into some of the problems with our U.S. voting system.

My first Internet stop was at verifyvoting.org, which is a non-partisan, non-profit organization that advocates for legislation and regulation to promote accuracy, transparency and verifiability of elections.  Barbara Simons, board chair of Verified Voting, is an expert speaker and co-author of Broken Ballots: Will Your Vote Count?

Ohio’s status as a large battleground state means that problems in Ohio could have a significant impact nationwide. Although Ohio is in better shape than a number of states because there are no paperless voting machines, The major concern is that about half the counties use Direct Recording Electronic (DRE) machines, though they are equipped with Voter Verified Paper Audit Trail (VVPAT) printers. In theory a VVPAT is supposed to accurately represent the choices the voter makes with the touch screen machine. In practice, VVPATs can be difficult and even confusing to read. Tests have shown that most voters do not bother to check the VVPAT. Therefore, VVPATs offer only limited protection against election theft. Someone wishing to steal an election could change both the electronic version of the voter’s choices and the VVPAT, while retaining the correct version on the DRE screen, so that the change would not be obvious to the voter. If the voter happens to notice and void the VVPAT, election-rigging software could print and store in memory the voter’s correct choices. That way, the VVPAT results would match the electronic ones, even though the overall result was rigged.

Barbara Simons has sounded the alarm often about an American voting process which has little to no continuity from county to county and is overflowing with unresolved problems, much of which results in votes impossible to recount.

“If a recount is required in either of two key states — Virginia and Pennsylvania — we risk catastrophe, because most of those votes will be cast on paperless voting machines that are impossible to recount,” Simons said in an article for The Voting News.  “To make matters even worse, the wake of super storm Sandy could cause disruption on Election Day. Polling places without paper ballots that lack power will have to close, resulting in voter disenfranchisement. This is inexcusable, especially as voting advocates have long urged states to provide emergency paper ballots. Other states present their own hazardous recount challenges. About one quarter of voters nationwide will use paperless direct-recording electronic (DRE) voting machines, most of which have touch screens. Unfortunately, the DRE software can store voters’ choices incorrectly. In addition, two notoriously unsound paperless DRE systems are widely used in Virginia; years after their inadequacies had been exposed. The AVS WINVote and the Unilect Patriot were both decertified in Pennsylvania. In two other battleground states, Colorado and Florida, many votes will be cast on paperless DREs. None of these votes can be recounted.”

Simons went on to explain the pitfalls:

“The following swing states do not guarantee that all of their paper ballots will be hand counted in a recount: Colorado, Florida, Iowa, Ohio, North Carolina and Wisconsin. Instead, these states allow paper ballots to be re-scanned or ‘retabulated’ by the same voting machines (optical scanners) that counted the ballots on Election Day. Here’s why this poses a problem.

As illustrated by the Wellington and Cumberland near-fiascos, machine retabulation ignores the risks that computer-reported results could be incorrect, either because of software failure or hidden malicious software that manipulates results.”

To illustrate how extensive and resounding the problems can be, according to the Philadelphia Daily News, in 59 voting divisions in Philadelphia Mitt Romney got zero votes.

From Newsworks.org, “A Philadelphia election official says more than 27,000 voters had to cast provisional ballots in the city last Tuesday, apparently confirming reports from citizens and election watchdogs that there were an unusual number of glitches at city polling places. City Commissioner Al Schmidt said the 27,100 provisional ballots is roughly twice as many as were cast in the last presidential election. The number is equal to about 4 percent of the ballots cast using electronic voting machines. Schmidt said the Election Day materials are prepared by a private vendor based on information from a statewide registry of voters, which should include all properly registered Philadelphians. Schmidt said he’s contacted state election officials about the issue.”

As the individual states are still counting ballots, the media has widely declared the election over. My state of Arizona is still counting and I appreciate that each state continues with their count, too. Meanwhile, because your vote has value, these issues must be resolved through joint participation between Congress & the American voters and the Federal and State governments. In my next article I will discuss how the states have tried to resolve problems.

Flashback 2012: "Election Problems MUST Be Corrected!"